When we were looking for the ideal location to open a hairdressers, Rossett was the first place that we thought of. There are no salons that cater for the same clients nor are there any Rossett hairdressers that can provide anywhere near the same level of service.

Rossett in Wrexham is a small village 5 miles outside Wrexham and a part of the Wrexham County Borough in Wales. The Rossett community (including Rossett, Burton, Burton Green and Lavister) has a total population of 3,231 at the 2011 Census and is considered one of the up and coming areas to live.

Rossett is very situated halfway between the Welsh and English border towns of Wrexham and Chester. The village is built on the banks of the River Alyn which is a tributary of the River Dee 1.5 milesdownstream. The neighbouring villages of Marford, Burton and Holt and Pulford in England are now some of the most desirable areas to live and another reason to locate a hairdressers in Rossett.

The village has two hotels, Llyndir Hall Hotel and Rossett Hall Hotel and the salon is located within walking distance of both as are the Public houses the Butcher’s Arms, the Golden Lion and the Alyn, all in central Rossett.

Marford Mill was built around 1086 and is mentioned in the Domesday Book. Until the building of Rossett Mill it was the only mill in the area and has an unusual double wheel construction. The Mill has been the home, since the 1980s, to the British Association for Shooting and Conservation, the UK’s largest shooting association.

With all this going for it, the decison to open a hairdressers in Rossett was always going to be the right one. 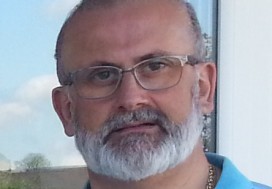 How to wash your hair – 5 top tips from the salon+

10 reasons to use an established Wrexham hairdresser+